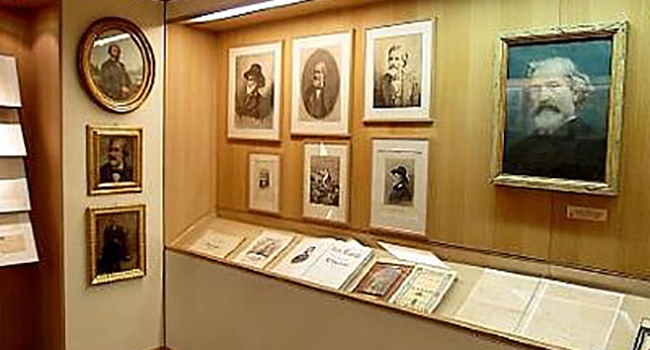 Antonio Barezzi was a wealthy merchant and great music lover who perceived very early Verdi’s talent and asked him to become the music teacher of his daughter Margherita.

The first public appearance of the brilliant youth, in February 1830, was in the hall of his house in Busseto, the Salone Barezzi. The Salone later became the seat of the Busseto Philarmonic Society, founded by Barezzi and the conductor Ferdinando Provesi in 1816. During the months before moving to Milan in 1832 to complete his studies, financially supported not only by his father but also by Barezzi, Verdi lived in the Barezzi home, where his friendship with Margherita slowly became love.

The hall, where concerts and conferences are held, appears to visitors today as it did in the late 19th century, after restoration works were carried out in 1979 and 1998 by the Friends of Verdi Association.